DOCSIS 3.0 is the better choice for internet plans of 200 Mbps or below. While DOCSIS 3.1 is the way to go for anything faster, as long as your ISP supports it. 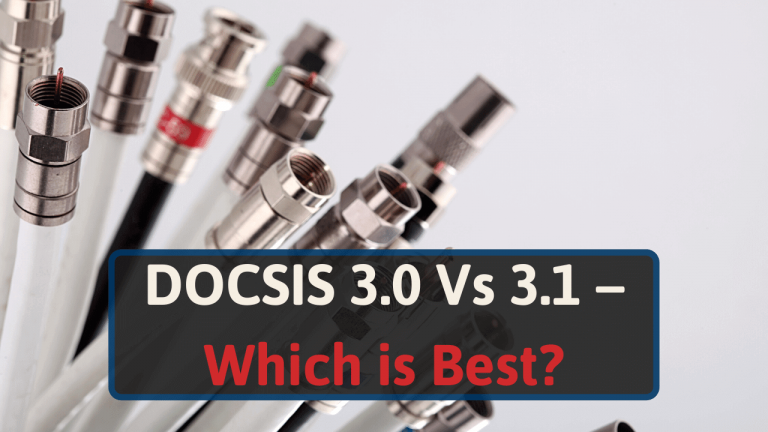 I work as a network engineer, and I regularly get asked about the benefits of DOCSIS 3.1.

“Is it really better? Is it worth it?”

Naturally, as newer versions usually are, DOCSIS 3.1 is technically better. But that doesn’t mean it’s better for you.

Since DOCSIS 3.1 modems are more expensive, you’ll only want to spend money on them if you need one.

The truth is that the answer will entirely depend on your ISP and internet plan. While usually, DOCSIS 3.0 is enough for most people, DOCSIS 3.1 has almost become the standard.

If you choose to go with DOCSIS 3.0 right now, you might need to spend extra money to jump to DOCSIS 3.1 pretty soon.

Let’s get technical and explore the differences between DOCSIS 3.0 and DOCSIS 3.1, so you can decide which works best for your situation.

Here are the differences between DOCSIS 3.0 and DOCSIS 3.1.

Here are the benefits and drawbacks of DOCSIS 3.1 modems. I will discuss them in more detail later in the article.

Here are the benefits and drawbacks of DOCSIS 3.0. I will go into more detail about them later in the article.

In other words, DOCSIS adds both internet connections and telephony to existing TV coaxial cables.

DOCSIS first originated in 1997 and is continuously improving, with a new version released every few years.

Check out our article What is DOCSIS and How It Works, for a more in-depth overview of DOCSIS technology.

DOCSIS 3.1 was introduced in 2013 and is the successor to DOCSIS 3.0. This new version implements unmatched internet speeds, lower latency, enhanced security, and larger capacities. [1]

DOCSIS 3.1 was built to last a long(er) time and is considered “future-proof”. It is expected to take over as time goes by, eventually eliminating the need for DOCSIS 3.0.

We could see above that DOCSIS 3.1 has many benefits. But it’s no surprise that the most talked about is its speed.

For context, the fastest residential cable internet plans are around 1 Gbps. So the 10 Gbps maximum of DOCSIS 3.1 should have you covered for a long time.

Another benefit of DOCSIS 3.1 is its enhanced security features. We won’t go into too much detail here, but this means a reduced risk of downloading malicious firmware to your modem.

There are other smaller benefits, like sleep mode. DOCSIS 3.1 modems can go to sleep and save on power consumption when not actively used.

Last but not least, DOCSIS 3.1 modems will lower your latency. Meaning the time it takes for data to travel to and from its destination will be shorter.

Some benefits of low latency are improved quality in voice and video calls and a better online gaming experience. [2]

The biggest concern when upgrading to DOCSIS 3.1 is cost. Modems range from approximately $130 to $400, much more than the average DOCSIS 3.0 modem.

Another important issue is the lack of compatibility with ISPs. Many ISPs are still only compatible with DOCSIS 3.0 modems, but that will need to change eventually as everyone moves to 3.1.

If you buy a DOCSIS 3.0 modem now because of the limitations of your ISP, and they later decide to upgrade, you’ll need to buy another modem to take advantage of the new technology.

So, saving money now might mean spending twice soon. But that will depend on how long your ISP takes to upgrade to DOCSIS 3.1.

The previous iteration, DOCSIS 3.0, was first introduced in 2006. Back then, it was considered a high-speed breakthrough. It also allowed users to do their own programming on the modems, which was much more difficult before.

DOCSIS 3.0 changed the industry in many ways. It’s why we have on-demand television as we know it, and it’s what allows online gamers to have a good experience when interacting in real-time.

While this wasn’t its original selling point, the main benefit of DOCSIS 3.0 today is that it’s much cheaper than its 3.1 counterparts.

And since DOCSIS 3.0 is usually enough for most internet plans, many people believe it’s worth saving the money.

Because DOCSIS 3.0 is older, it has been more widely adopted. This translates into much more options to choose from when buying a modem.

It will be easier to find a device that covers your specific needs while not being too expensive.

Just now, we are entering the phase of DOCSIS 3.1 becoming fairly common and being adopted as the standard.

The main issue with DOCSIS 3.0 is, you guessed it, speed. It’s slower than DOCSIS 3.1, ten times slower, to be exact.

It will also be less secure than DOCSIS 3.1, so they are more susceptible to attacks and malicious firmware.

Latency, while not terrible, will also be higher with older DOCSIS 3.0 modems. This can be a deal-breaker for serious gamers.

And, of course, we need to keep in mind that DOCSIS 3.0 is an old technology that will eventually become obsolete.

When your ISP moves to DOCSIS 3.1 for good, you will need to replace your 3.0 modem. This can still take some years to become a reality, though.

Which One Should I Buy?

DOCSIS 3.1 is clearly newer, faster, safer, and more efficient. That’s all great, but not all ISPs are using it. And even those who do might not provide internet speeds worthy of a DOCSIS 3.1 modem.

On top of the benefits, DOCSIS 3.1 will someday be the norm. We can already “feel” this happening. So it might be sooner rather than later that DOCSIS 3.1 takes over for good.

If your ISP already offers a plan supporting DOCSIS 3.1, and you feel comfortable making the investment, it’s definitely the way to go. Plus, if speed is what you’re looking for, DOCSIS 3.1 goes unmatched.

That being said, even in 2022, DOCSIS 3.0 is not necessarily a bad choice. You will get good speeds and increased compatibility as some ISPs still only support 3.0.

Not to mention, a DOCSIS 3.0 modem is significantly cheaper, which is a valid concern for many people.

If cost is an important consideration for you, you can be sure that DOCSIS 3.0 is perfectly capable of handling HD streaming, gaming, and browsing without any problems.

However, you might encounter that your ISP still doesn’t support it. No worries if so. You can still get great performance with the right hardware.

These are all the DOCSIS versions and how they compare in terms of speed and release date.

But this table doesn’t tell the whole story. The difference between each version is significant.

For example, DOCSIS 1.1 might not have increased speeds, but it added VoIP capability and allowed for online gaming and streaming. So, still a pretty big deal, don’t you think?

DOCSIS 4.0 was first introduced in October 2017 by CableLabs. [4] But there are no user devices that can use it, and it doesn’t look like there are any plans to begin using it any time soon.

The main difference between DOCSIS 4.0 and 3.1 is that it offers three times the upload. That’s 6 Gbps vs. 2 Gbps, to be exact.

The idea behind DOCSIS 4.0 is that the world will eventually need more upstream capacity. We can already see this happening.

Video calling, online gaming, and streaming are bigger than ever. And they all rely on upload speeds as much as download speeds. [5]

But there’s not much information about when DOCSIS 4.0 will start getting used by the general population. We conservatively will say it could take at least 7 to 12 years. Simply because it’s not close to being necessary yet.

DOCSIS vs. Fiber vs. DSL

There are three main types of internet plans for home internet. DOCSIS (cable), Fiber, and DSL.

Fiber is the new kid on the block. It’s the newest and fastest technology out of the three. It uses glass fiber cables to transmit data using light pulses [6]. This allows for extremely fast internet speeds in both upstream and downstream directions.

The main drawback of Fiber is that there is no existing infrastructure for it. So it’s barely available to the end consumer.

These days Fiber is pretty limited to big and densely populated cities. Otherwise, it’s simply not profitable for ISPs as it’s pretty expensive to install.

DSL stands for Digital Subscriber Line and uses telephone lines to communicate. It’s is an older technology and, as you might expect, is the slowest of the 3. Phone lines aren’t capable of carrying much information.

The good thing about DSL is that it’s available almost everywhere. Since it uses the already-existing telephone infrastructure, which has been developing for decades.

This makes DSL cheaper than both DOCSIS (cable) and fiber.

We like to call DOCSIS the middle-ground. It’s more accessible than fiber but less so than DSL. DOCSIS uses TV infrastructure to provide internet.

On that same note, cable TV lines can carry much more data than phone cables. So, naturally, DOCSIS is significantly faster than DSL. But it is normally slower than fiber.

And while cable TV is widely available, phone lines are much more common in rural areas, for example.

Most people reading this article should buy a DOCSIS 3.1 modem. It’s already becoming the standard, and it will ensure you don’t need to replace the device again too soon.

However, if your cable internet plan is around or below 200 Mbps, or your ISP simply doesn’t support DOCSIS 3.1, you will do just fine with DOCSIS 3.0.

If buying a modem is in your plans, I suggest you check out our compatible modems page, where I have researched and tested many modems to see which performs best with each ISP. 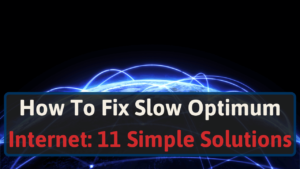 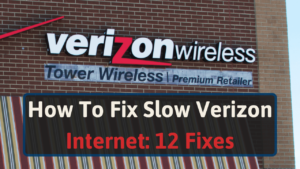 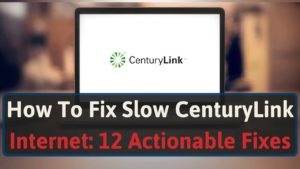 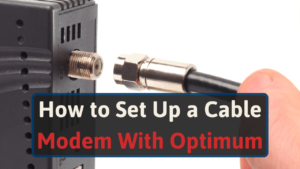 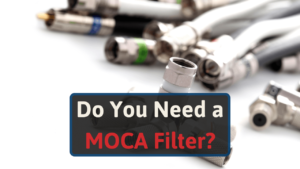 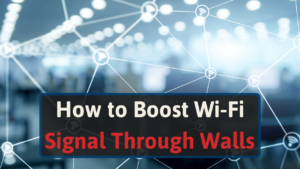