According to the Federal Communication Commission, the minimum broadband speeds should be 25Mbps down/3 Mbps up. This speed isn’t ideal for everyone. It’s basic and can only support one to two people. 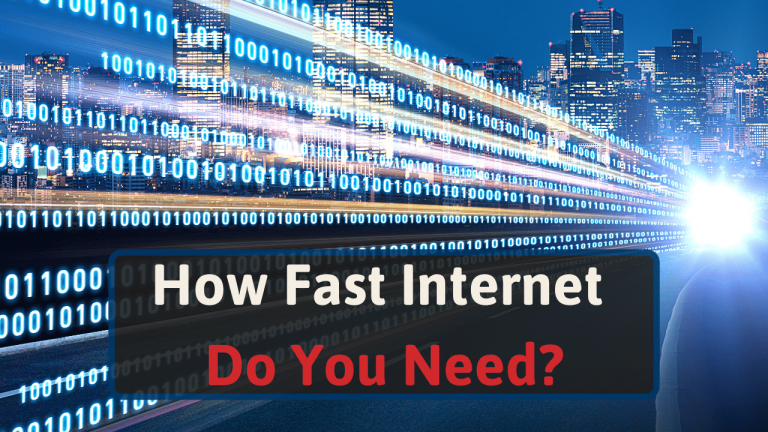 Several factors influence the internet speeds you need. In most cases, the speeds depend on how you use the internet. Do you use it for browsing, streaming, or gaming?

Most Internet Service Providers list packages on their sites, but they tend to upsell blazing internet speeds. Besides, network speeds in your home will often be 20-50% less than the advertised speeds.

How to Determine What Internet Speed You Need

The internet speeds you need will largely depend on:

Online activities have different bandwidth demands. Below are the recommended speeds for everyday internet activities:

The above speeds are recommendations for a single user using only one device.

Here are the number of users different internet speeds can support:

In most instances, ISPs use the download speeds to depict internet speeds.

That said, you should be wary of the upload speeds if you’re a cloud user or if you constantly upload large files to the internet.

What Is a Good Internet Speed?

The definition of good internet speeds varies from one household to another. However, anything above 100 Mbps is fast internet.

Speeds of about 1000 Mbps (gigabit) are overkill for ordinary households. Such speeds might better suit data hogs who desire lots of bandwidth and blazing speeds.

The gigabit package might be ideal for households with many gamers, video streamers, and heavy downloaders.

25 Mbps plans are the bare minimum speeds for average internet users. Such rates can facilitate:

A 25 Mbps speed may not be ideal for larger households with more than three people. You’ll experience slow connections if you share the internet with other people.

Basic video streaming on platforms like Netflix doesn’t eat up much bandwidth. You can comfortably stream HD videos using internet speeds of 3-5 Mbps.

Contrary, 4k Ultra HD videos are bandwidth hogs. You require an internet speed of 25 Mbps to stream 4k videos. A speed of above 50 Mbps might be necessary if you’re streaming high-definition videos on multiple devices.

Your online gaming experience depends on your internet speeds. In most cases, your gaming data will be transmitted to a server for other players to view. This means your upload speeds should be fast.  An upload speed of more than 0.5 Mbps should be sufficient for gaming.

Most video games manufacturers recommend speeds of 4-8 Mbps for gaming. Such speeds will only work if you aren’t sharing your bandwidth with other users or devices. Consider upgrading to a 25 Mbps plan or above to enjoy a smooth gaming experience.

Internet speed isn’t the only factor that affects online gaming. Ping will also significantly impact your gaming experience. Ping is a measure of how fast your gaming computer communicates to a server. A high ping (above 150 ms) is undesirable and might cause game lags.

What Internet Speed Do I Need to Stream Games on Twitch?

You’ll need upload speeds of about 3-6 Mbps to broadcast your games on Twitch. Twitch has a dedicated guide on the required bitrate and hardware requirements.

The bitrate is a measure of the upload speeds. It affects things like:

Will You Spend More on Fast Internet Speeds?

The cost of internet services largely depends on the plan you pick and usage. You’ll pay more if you select a package that offers fast speeds.

In the US, most households pay an average of $60 per month for internet services. Cheap plans start at $40 per month, while the most expensive packages cost about $299 per month.

Some internet providers impose limits for high-usage activities like 4k streaming. You’ll pay extra if you surpass such caps.

The advertised broadband speed isn’t what you’ll always get after purchasing an internet plan. ISPs often advertise their packages using the term “up to,” meaning it isn’t a guarantee you’ll get the exact advertised speeds.

According to Allconnect, internet users in the US get approximately 79% of the broadband speeds they pay for.

That said, your download and upload speeds shouldn’t be far off the advertised speeds. It’s advisable to conduct a speed test then troubleshoot any problem.

Several factors affect the actual internet speeds you get. Common issues include:

Which Connection Type is the Fastest?

Currently, fiber can deliver maximum speeds of up to 2000 Mbps. However, its availability is limited, and it’s more expensive.

Below are the maximum speeds of other connection types:

You’ll require speeds greater than 25 Mbps if you stream 4k videos, play online games, and download heavy files. Contact a local internet service provider if you need to get an upgrade.

It’s also worth noting that you sometimes can increase your home’s internet speed without upgrading your internet plan. Check out 13 ways to boost your Wi-Fi signal to learn what you can do.

Dual-Band vs. Tri-Band – Which One Is Best For You? 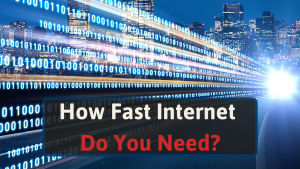 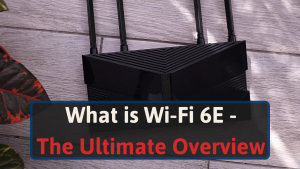 What is Wi-Fi 6E? – The Ultimate Overview 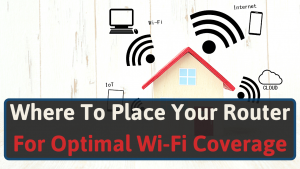 Where To Place Your Router For Optimal Wi-Fi Coverage