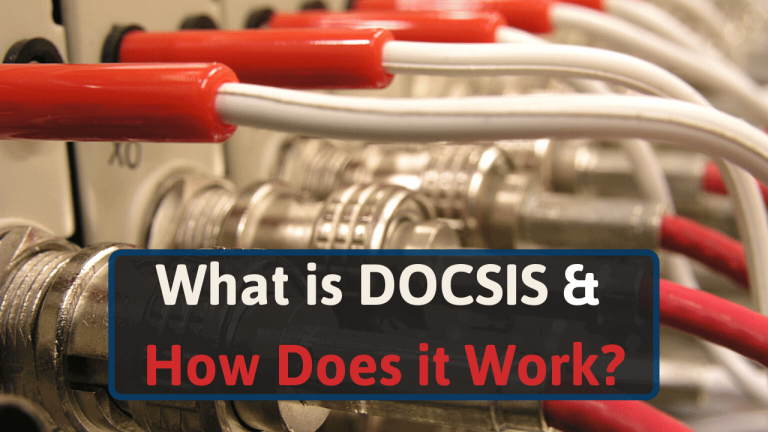 I’m Jon, a home networking expert, and I put together this guide to explain DOCSIS.

This guide covers how DOCSIS works, its upgrades through the years, and if you should upgrade your modem to a new DOCSIS standard.

So, keep reading to learn all about DOCSIS and what it means for your home network.

DOCSIS stands for Data Over Cable Service Interface Specification and is the standard that allows for high-bandwidth data transfer over the existing cable TV infrastructure.

Basically, it is the technology that provides you with cable internet.

How Does DOCSIS Work?

DOCSIS transmits multimedia and internet services via a cable television physical cable system. Your modem or modem/router combo connects to the cable network with a coaxial cable at the Cable Modem Termination System (CMTS), the central hub of the telecommunication company. [1]

Then, you can connect your computer, smartphone, etc., to your router’s Ethernet ports or Wi-Fi network. Your modem and router “converts” the data and creates an IP address, allowing your devices to connect to the web.

Typically, you never connect your computer or other devices directly to the coaxial.

This is, of course, a very simplified version. If you want to learn how it works in more detail, check out its whitepaper.

Why use coaxial cables at all if every Internet device uses an Ethernet cable? The answer is simple– there was already a vast infrastructure of coaxial cables in homes and businesses in the late 90s.

Replacing these existing cables with a different type would cost a lot of money and take lots of time. And since coaxial cables with DOCSIS support more than enough throughput to give homes ultra-fast Internet speeds they need, replacing them rarely makes sense.

DOCSIS has evolved over the years, starting in March 1997 and improving since then. Here are some key milestones.

The premier generation of DOCSIS —DOCSIS 1.0— began in March 1997 and was created to implement Internet access-related services. D1.0 supported bandwidth of about 10 Mbps in the upstream channel and around 40 Mbps in the downstream channel.

At the time, 40 Mbps downstream was more than enough bandwidth to use the Internet of 1997 without any hold up.

In April 1999, it was improved to version D1.1, keeping the same bandwidth rates but becoming a basis for implementing VoIP services with cable subscribers.

D1.1, with the aid of Quality of Service (QoS) elements, started to attain the DES 56 transmission security requirements. Some of these requirements are transmission encryption and the implementation of filters.

By January 2002, a more improved version of DOCSIS was released —DOCSIS 2.0. The D2.0 provided more symmetrical upstream and downstream transport bandwidth to solve the consumers’ issue with network bandwidth.

Basically, this improvement helped with things like online gaming, file transfers, and other tasks where uploading information is critical.

DOCSIS 2.0 achieved maximum speeds of 30 Mbps upstream and 40 Mbps downstream, which became possible by utilizing more efficient modulation schemes and widening the band available for uploading —or the upstream channel.

The DOCSIS 3.0 was launched in 2006 as a solution to the issue of increasing speed. The D3.0 provided the opportunity of integrating:

It can achieve downstream speeds up to 440 Mbps (EuroDOCSIS) and 340 Mbps (DOCSIS) by connecting 6 MHz and 8 MHz channels. Upstream, it can reach speeds of up to 120 Mbps. Although with Hybrid Fiber Coax (HFC) networks, the downstream speeds can reach 1 Gbps on DOCSIS 3.0. [2]

Plus, it greatly improved security and further optimizes network performance.

The D3.0 has been the basis of operations in HFC network technology since it was introduced.

The execution of DOCSIS and its modifications over the years have catalyzed HFC technology development, which plays a huge part in the telecom industry.

The Hybrid Fiber Coax (HFC) network arrangement consists of cables linked to an optical node. The node helps in electrical to optical conversion and is linked with a central location — Cable Modem Termination System (CMTS) — with a fiber.

Optical nodes usually supply power to an amplifier that’s connected to the coaxial cables. The CMTS is a hub for modems linked with a distributed HFC network.

In 2013, the DOCSIS 3.1 was released, and it enabled the application of GigabitEthernet services in HFC networks and response to the issue of fiber-access networks.

The 3.0 upgrade increases the network’s efficiency by 66% in the upstream and 50% downstream. This is due to the enhanced modulation from 1024QAM to 4096QAM, a way to transfer data with higher capacities.

DOCSIS 3.1 supports a bandwidth of 10 Gbps downstream and 1 to 2 Gbps upstream.

To achieve this greater bandwidth, the 6 or 8 MHz bandwidths that DOCSIS 3.0 used are replaced by narrower OFDM subcarriers (25 kHz or 50 kHz wide), which combine to make a spectrum that can be up to 200 MHz wide.

For more information on DOCSIS 3.1, check out our comparison of it to DOCSIS 3.0.

What’s Next For DOCSIS?

Contrary to the rumors that have run rampant for over twenty years, DOCSIS is not in danger of becoming obsolete. In fact, CableLabs just informed the public that they have completed the DOCSIS 4.0 specification.

D4.0 can potentially support speeds up to 10 Gbps and allow speeds of 6 Gbps in the upstream direction.

Fundamentally, DOCSIS 4.0 performs quite similar to the available fiber-optic (Fiber Internet) solutions. This means that DOCSIS 4.0 is a way of making sure the HFC network and the cable industry as a whole don’t become obsolete due to technological advancement.

Read our guide on DOCSIS 4.0 for more details.

Here is a snapshot of the performance of the DOCSIS versions:

There are two different DOCSIS standards for Europe and the US since there are many differences between the American and European systems.

They also utilize different RF (radio frequency) channels — 8 MHz in Europe and 6 MHz in the US. The difference in RF channels leads to subsequent differences in channel bandwidth, with the 8 MHz in EuroDOCSIS allowing the downstream channel to be assigned with more bandwidth.

What Does DOCSIS Mean for the Homeowner?

So, now that you know about DOCSIS, you might be wondering if you need to do anything with your home network.

If you are having issues with your home network (slow speeds, dropped connections, lag, etc.), it may be time to upgrade to a new modem or router/modem combo that supports DOCSIS 3.1.

For example, if your modem only supports DOCSIS 3.0 and you’re paying for a 1 Gbps plan, you’re not getting your money’s worth since the max downstream stream DOCSIS 3.0 is limited to 100 to 960 Mbps depending on the model.

In this case, your DOCSIS 3.0 modem is a bottleneck and will severely limit your home Internet. Upgrading to a DOCSIS 3.1 modem will allow you to use your Internet plant to its full potential while resolving other network headaches. Plus, upgrading will help futureproof your home network.

In fact, most ISPs want you to upgrade to keep up with their updated network infrastructure.

DOCSIS is a technological innovation that allows users to connect to the Internet with coaxial cables. It makes accessing the Internet a lot simpler for households since most homes already have coaxial connections. Plus, it’s not as expensive as fiber-optics and supports high bandwidth and throughput.

All in all, DOCSIS is an excellent method of accessing the Internet that is here to stay, even as FIber Internet grows. If you’d looking to upgrade your modem, read our guide on the best DOCSIS 3.1 modems. 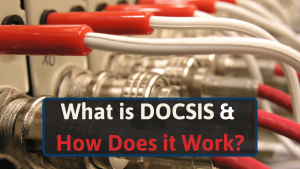 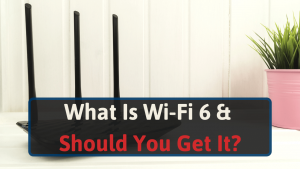